Is Your Home Theater Ready for Some Football? 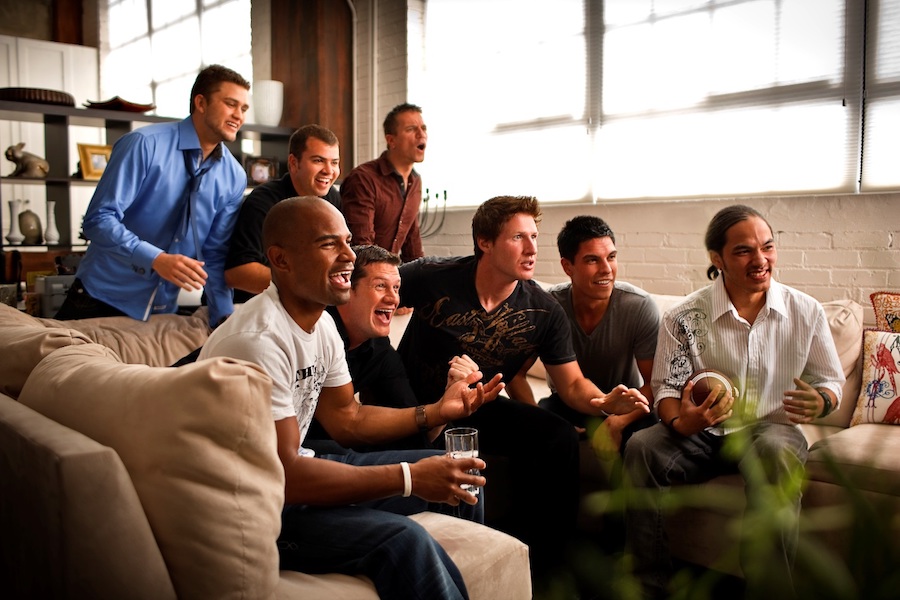 The temperature has finally dropped. There’s frost in the air. Peppermint and eggnog are making the flavors of the season. Do you know what that means? It’s time to start preparing for Super Bowl LII! With just a few short months to go before the biggest championship game of the year, you need to begin thinking of creative ways to use a home theater design for a memorable game day. If you want to turn your Fairview, TX home theater into an NFL paradise, here are some cool tips you’ll need to get started.

See Also: Watch Movies Underneath the Stars with an Outdoor Home Theater

Do You Know What HFR Is?

If there’s one thing that frustrated early adopters of HD televisions, it was that the increased resolution didn’t capture motion very well.

When the camera moved rapidly, it would blur and pixelate. It’s was particularly aggravating to sports fans.

So manufacturers came up with a solution: digitally repeat the frames you see, thereby making appear that you’re watching a higher framerate. Images flattened out and made motion look smoother.

This “sports” setting is often called by another nickname, one that’s far less complimentary. It’s known as the “soap opera effect”.

And while it improved the way we viewed games, it wasn’t perfect.

However, with the adoption of 4K UHD, that’s changed. Now you can actually set your video display to playback the game in true 60 frames per second – the frame rate in which it’s shot.

High frame rate, or HFR, means the games are not only clearer because of the increased resolution, but it’s easier to keep your eye on the ball as it moves down the field.

The best part? You can probably start using the feature on your video display right now.

Using Voice-Control to Get More Out of the Game

Chances are, you’ve heard of the Amazon Echo or Google Home. Voice-control is one of the coolest technology upgrades for your home in years.

But did you know you can use it to enjoy the game even more?

Both the Echo and Home can integrate with your smart AV gear for much easier control of everything.

You can say “Alexa, football mode,” and your lights will dim, the video display will turn on to the correct channel and your sound system will adjust to the appropriate volume.

And during the game, you can pull up statistics and other facts with one of the easily installable apps available in the Amazon or Google Play store.

That way, you can quickly settle any arguments about the best quarterback in the history of the league and get back to watching the game.

These are just some of the cool things you can do with your audio video installation. Want to learn more? Just chat with our staff.

Click the button at the bottom of your screen to chat with a real person right now.